In 1920, while the remodeling of the Blaine House was under way, Governor Carl E. Milliken commissioned the Olmsted Brothers landscape architectural firm, of Brookline, Massachusetts, to design the grounds. The Olmsted Brothers were nationally known for their work which included the design and creation of New York City’s Central Park. Only portions of this design were implemented at that time. In 1987, the Blaine House Grounds Committee undertook an ambitious effort to revitalize the grounds. In the spirit of the original design, a new plan divided the site into four areas: front entrance to the east, shrub garden to the south, Governor's Garden to the north, and lawn and service area to the west. The front entrance, including construction of the granite retaining wall and steps, elegant Colonial Revival balustrades and arbors, and the introduction of plantings which originally had been proposed by Carl Rust Parker of the Olmsted firm, have since been realized. A further renovation in 2016 restored the shrub garden and added a handicap accessible ramp and perennial gardens in the front of the home. 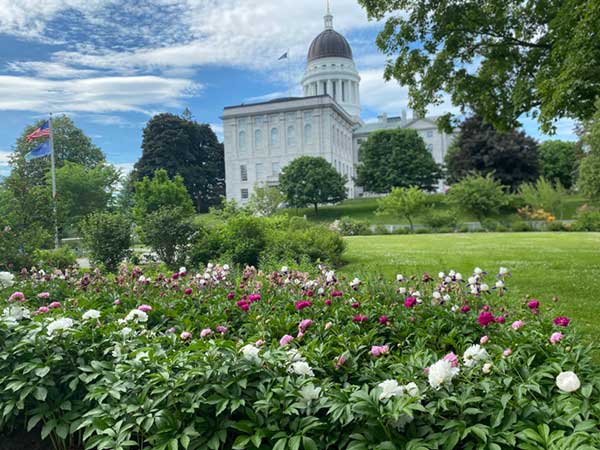