The Blaine House in Augusta is one of Maine’s most notable homes. In 1862, three decades after the house was built by Capt. James Hall, James and Harriet Blaine moved in. The home became the setting for one of the most wide-ranging careers in American politics, during which James G. Blaine served as Speaker of the U.S. House of Representatives, U.S. Senator, Secretary of State, and Republican candidate for president in 1884. The home was donated to the State of Maine in 1919 by Blaine’s daughter, Harriet Blaine Beale, in memory of her son, Walker Blaine Beal, who was killed in action in World War I.

Today, the Blaine House is not only the home of Maine's Governors and their families: it is also a public building. As such, it is subject to constant use. While basic upkeep of the building is taken care of by state government, there are many aspects of maintaining the Blaine House and its grounds that require private funds.

In 1989, Governor John R. McKernan and his wife Senator Olympia Snowe began a Blaine House restoration program that made many important improvements. It was aided by the formation of a Friends group and it is upon this foundation that the present Friends of the Blaine House seeks to build a permanent organization, dedicated to keeping and enhancing our pride in the People's House of Maine. 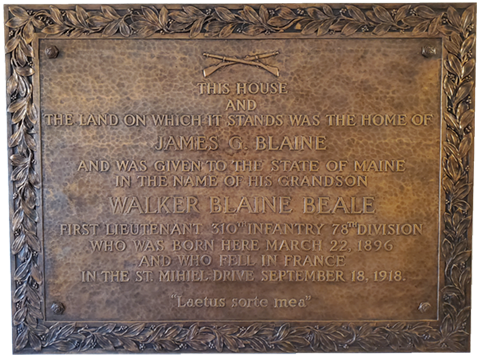 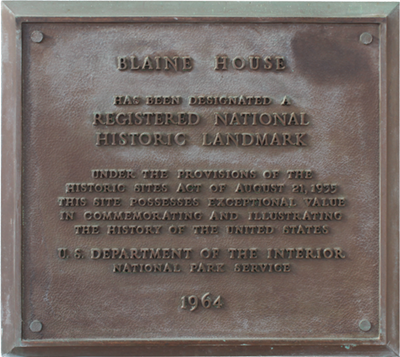