The Blaine House was donated to the State of Maine for a Governor's residence by Harriet Blaine Beale in 1919. The house dates back to 1833 and was built by James Hall, a retired ship's captain. James G. Blaine purchased it in 1862 as a present for his wife, the former Harriet Stanwood, daughter of a prominent Augusta family. It was in memory of their grandson, Walker Blaine Beale, killed in action in World War I, that their daughter made her gift of this magnificent structure to the People of Maine.

The first chief executive to live on the premises was Governor Carl E. Miliken who, in 1920, commissioned the famous landscape architectural firm of Olmsted Brothers to design the grounds. 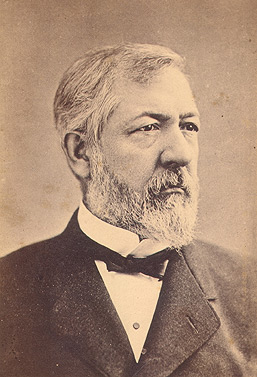 James G. Blaine, for which this house is named, was one of the most illustrious political leaders the State of Maine ever produced. He was Speaker of the House in the U.S. Congress, then a U.S. Senator and, on two later occasions, served as our country's Secretary of State. In his 1884 close bid for U.S. President, Blaine lost the popular vote by a mere 23,000 votes and failed to carry the deciding state of New York in the Electoral College by less than 1200 votes.

Augusta is chosen as the capital of Maine.

The Maine State House is built at State and Capitol Streets in Augusta.

Captain James Hall of Bath purchases land at State and Capitol Streets in Augusta and builds a two-story hip-roofed Federal Style house across the street from the new State House.

After Captain Hall’s death, his sons convey the house to their mother Frances Ann Hall.

Frances Ann Hall sells the house to Greenwood Child, an Augusta merchant, who lives there until his death in 1855.

Greenwood Child’s son J. Rufus Child sells the house to James G. Blaine for $5,000. Blaine gives the house to his wife Harriet Stanwood Blaine, who was born in Augusta, as a birthday present.

James G, Blaine is elected to the U.S. House of Representatives, beginning a thirty-year career in national politics that includes the U.S. Senate, Secretary of State under three presidents, and Republican candidate for President in 1884 when he was narrowly defeated by Grover Cleveland. During this close bid for U.S. President, Blaine lost the popular vote by a mere 23,000 votes and failed to carry the deciding state of New York in the Electoral College by less than 1200 votes.

General William T. Sherman stays at the Blaine House for a night in the summer of 1867.

James G. Blaine adds a one-story Victorian porch to the ell and remodels the carriage house from a gable roof to a hip roof.

James G, Blaine adds an Italianate bay window and cupola to the main house and a two-story addition to the ell, which contains a first floor study and billiard room and a second-floor bedroom suite. This addition features a cupola that echoes the one on the main house. The carriage house is enlarged by a third in size.

President Ulysses S. Grant stays at the Blaine House from August 12, 1873 to August 15, 1873, occupying the bedroom suite in the newly constructed addition to the house.

After James G. Blaine’s death on January 27, 1893, his wife Harriet Stanwood Blaine continues to own the house.

After James G. Blaine's death, his widow rented the Blaine House to John F. and Laura L. Hill from 1897 to 1902. Hill was elected governor in 1900, and the Hills used the house as their official residence until they moved to their new home on State Street in January 1903, now referred to as the Governor Hill Mansion. President Theodore Roosevelt is an overnight guest of Governor Hill and his wife at the Blaine House in August,1902.

Harriet Stanwood Blaine returns to the Blaine House in the summer of 1903 and dies there on July 15, 1903. Mrs. Blaine leaves the house to her children James G. Blaine, Jr., Margaret Damrosch, and Harriet Beale along with two of her grandsons.

During the 1909-10 remodeling of the State House, Governor Bert M. Fernald uses the Blaine House for his office.

Walker Blaine Beale receives the Blaine House as a gift for his 21st birthday on March 22, 1917. Beale telephones Governor Carl E. Milliken from his Harvard dormitory to offer the house as the headquarters for the Committee of Public Safety for the duration of World War I.

The Blaine House serves as the office of the Committee of Public Safety, whose duties include food production for the war effort and fighting the Spanish Flu epidemic of 1918.

Lt. Walker Blaine Beale dies fighting on September 18, 1918 in the St. Michiel Drive in France. His father Truxtun Beale inherits the Blaine House and gives it in October 1918 to his former wife Harriet Blaine Beale, who becomes the last member of the family to own the house.

In a letter of March 11, 1919 to Governor Carl E. Milliken, Harriet Blaine Beale offers the Blaine House to the State of Maine as the official residence of the Governor of Maine, The Maine Legislature accepts the gift of the Blaine House on April 1, 1919. Under Governor Milliken’s supervision, the house is remodeled for the governor’s residence by the noted Portland architect John Calvin Stevens. Governor Milliken also commissions the Olmsted Brothers to design a landscape plan for the grounds.

Governor Carl E. Milliken, First Lady Emma C, Milliken, and their six children move into the Blaine House in January,1920, just in time for Mrs. Milliken to give birth to their seventh child.

Governor and Mrs. Sumner Sewall hold a luncheon at the Blaine House for First Lady Eleanor Roosevelt on May 20, 1941.

Senator Harry Truman has lunch at the Blaine House with Governor Sumner Sewall in August,1942.

The Blaine House is designated a National Historic Landmark by Secretary of the Interior Stewart Udall.

First Lady Polly Curtis oversees the publication of “The Blaine House, Home of Maine Governors” by H. Draper Hunt. An updated second edition of the book is published in 1994 at the request of First Lady Senator Olympia Snowe.

Governor John R. McKernan, Jr. establishes the Blaine House Restoration Fund to create a private-public partnership with the state to restore the exterior and interior of the house and its grounds. First Lady Senator Olympia Snowe oversees a major renovation of the interior design of which most is still currently represented.

Working with the Friends of the Blaine House, First Lady Karen Baldacci enhances the grounds by building a greenhouse and restoring the New England Garden. She also hosts a series of fundraising teas and leads the celebration of the 175th anniversary of the house’s original construction.

The original Olmsted design for the front facing grounds is restored and a handicap ramp is added.

Fedco Seeds and renowned orchardist, John Bunker, donate nine apple tree seedlings representing historic varietals from nine counties of Maine to establish a Centennial Orchard. This gift commemorates 100 years of the Blaine House becoming the Governor’s residence and the Maine Peoples’ House. By 2022, there will be 16 trees representing all 16 counties of Maine. With the addition of the apple trees, two beehives were constructed to aid in the pollination of the fruit trees, the substantial herb garden and the highly productive Chef’s vegetable gardens.

Please visit the Donate page to hear about and help with upcoming and future renovations.

Since William King was inaugurated as Maine’s first governor on June 2, 1820, the state has been led by 70 men and one woman.  The position held today by Janet Trafton Mills has been occupied by such notable figures in our history as Hannibal Hamlin, Abraham Lincoln’s first vice president; Abner Coburn, generous benefactor to Maine educational institutions; Joshua L. Chamberlain, Civil War hero at the Battle of Gettysburg; Percival P. Baxter, donor of Mount Katahdin to the state; and Edmund S. Muskie, champion of Federal environmental protection legislation. 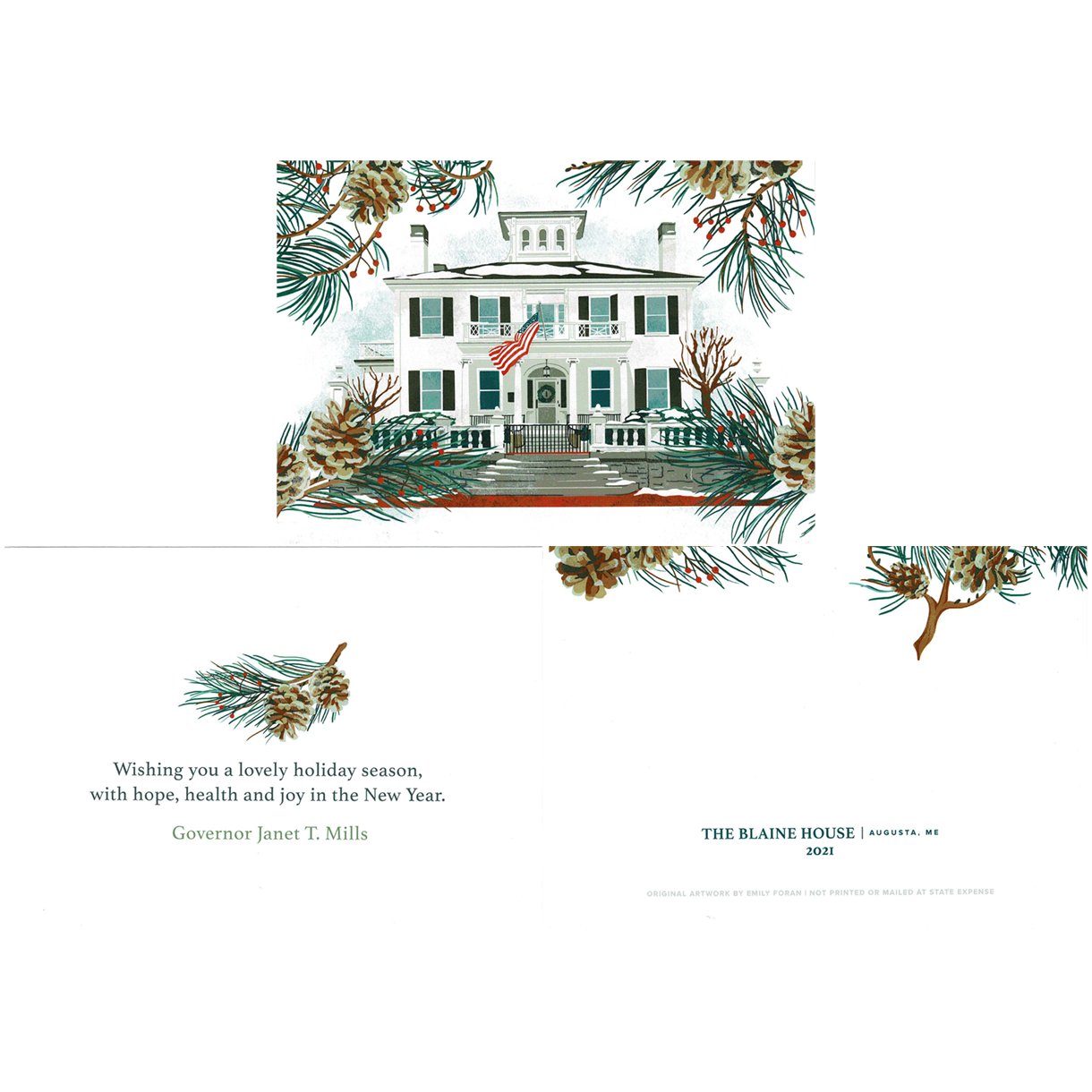 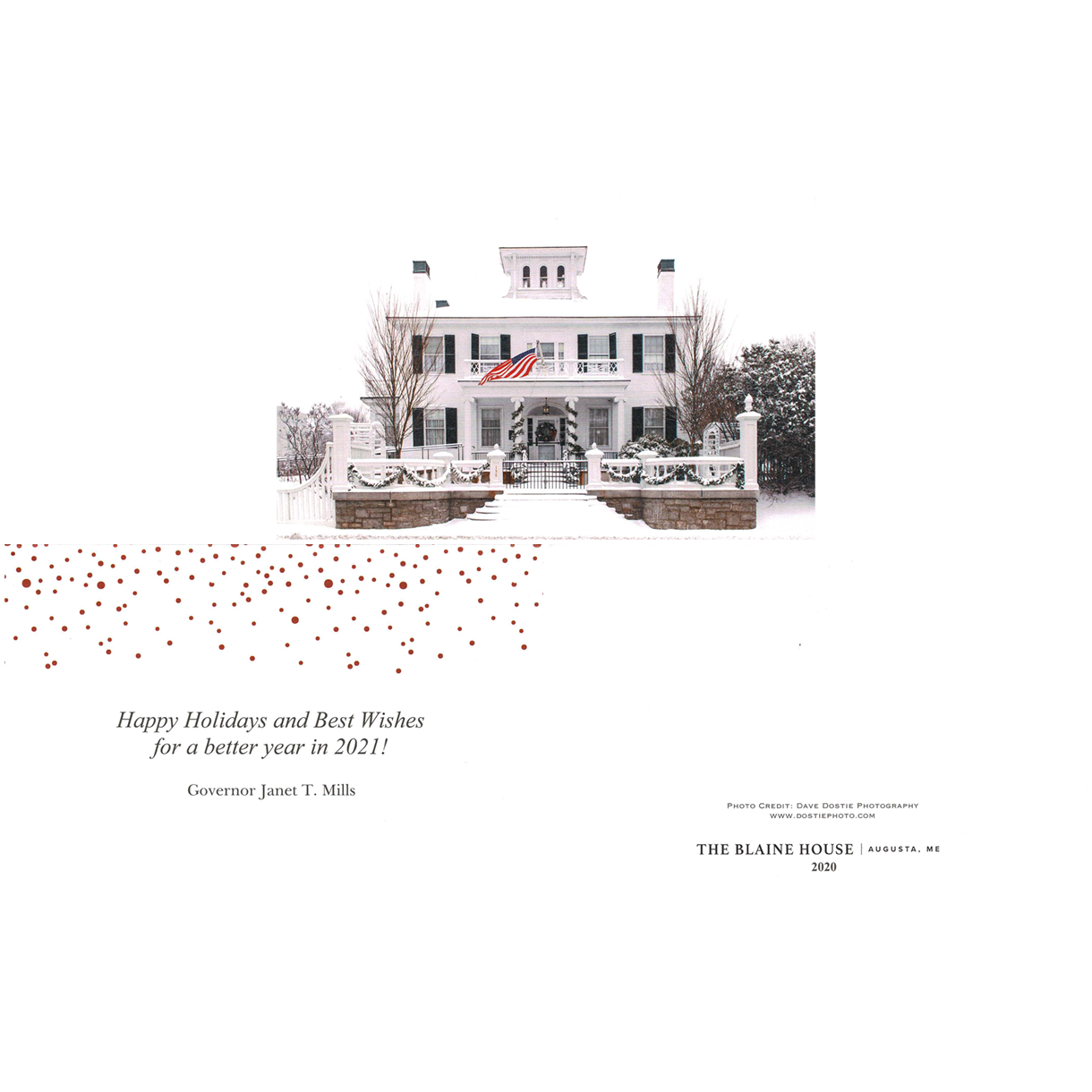 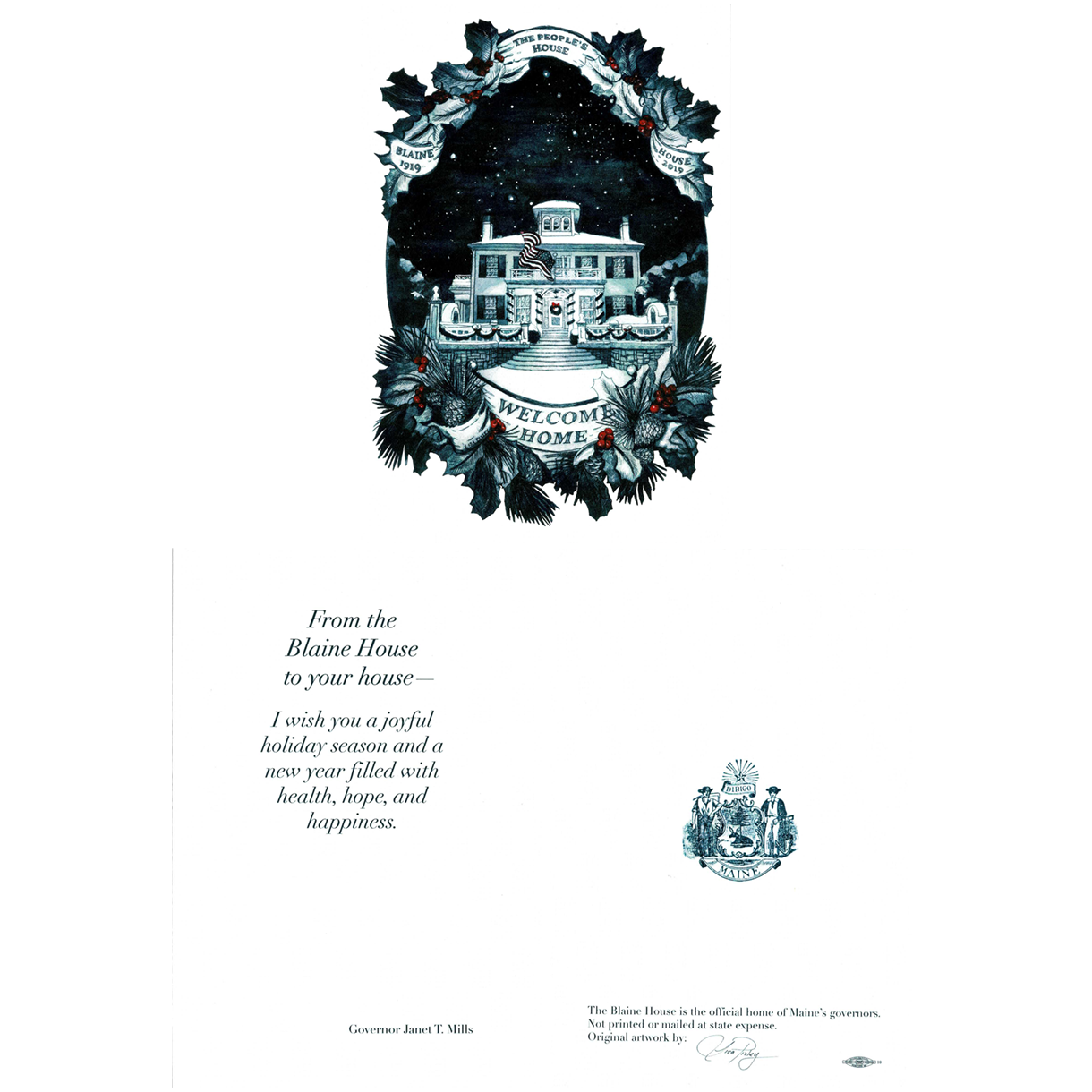